Jumping his own pack job

Nick is jumping in the morning! I am so overly happy for him and he’s actually feeling rather mellow about it. He’s staring in the eye of his ultimate goal and I don’t think it’s even hit him yet. Tomorrow he will wake up and carry out a goal he has been working toward for 18 months! And he’ll wake up Sunday morning as a skydiver again.

Nick getting injured was an accident, but him returning to the sky so quickly is not. He has been busting his balls every single day to get strong enough to jump again. He has exercised paralyzed muscles into existence again, building muscle where once there was no movement at all.

To me, his recovery is spectacular, and his determination is a miracle. If anyone deserves the satisfaction of a job well done, of achieving a hard-earned goal, and of finding happiness again in the face of adversity, it’s Nick Fener. I’m so indescribably proud of him.

Nick decided to pack his own parachute for the jump tomorrow. The process was fairly easy and methodical for him. A sub-15-minute pack job for a guy with no feet is pretty good. 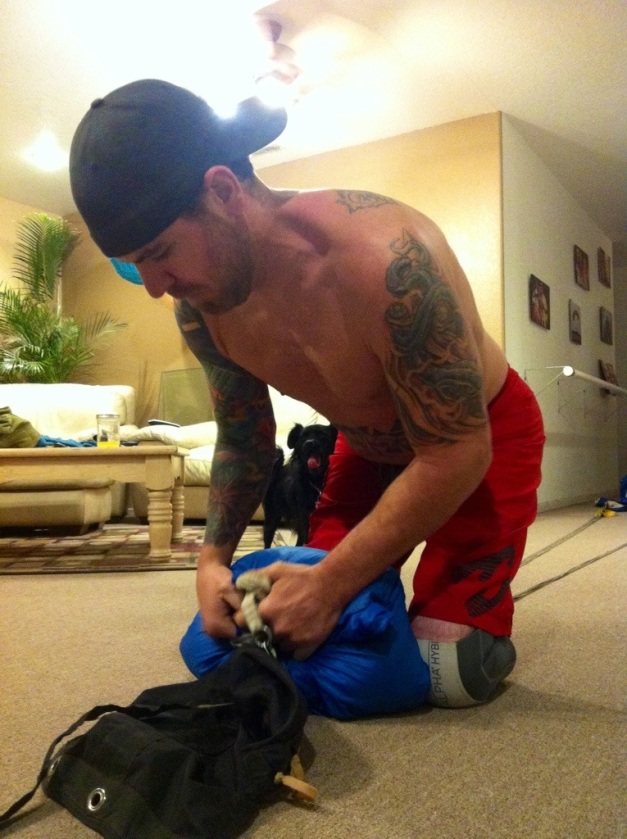 4 comments on “Jumping his own pack job”

Hey! Leave us a comment. We'd love to hear from you! Cancel reply